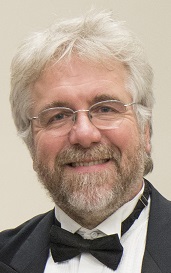 Jeffrey Snedeker has been on the music faculty at Central Washington University in Ellensburg, Washington, since 1991.  A Board of Trustees Distinguished University Professor at CWU, his current teaching duties include horn, music history, and directing the CWU Horn Ensemble. A founding member of the Northwest Horn Society, Jeff is a past president of the International Horn Society, and he has received several awards for teaching, research, and service, including the national Artist Award from the Phi Kappa Phi national honor society and the Washington state Timm Ormsby Award for Faculty Citizenship.  In 2018, Jeff was selected for the Washington Music Educators Association Hall of Fame.  He also has been selected as the Higher Education Music Educator of the Year by the WMEA, and he received the 2020 IHS Service Medal of Honor. Jeff has been a featured artist, clinician, lecturer, and host of regional, national, and international conferences on six continents, and is recognized as a leading performer and scholar of the horn, especially solo repertoire, jazz and historical performance.  He has published over fifty articles on a variety of musical topics, including entries in The Encyclopaedia of Popular Music, journals of the International Horn Society, Historic Brass Society and American Musical Instrument Society, Music Educators Journal, Jazz Education in Research and Practice, VOICE Magazine, Composition Today, and the second edition of The New Grove Dictionary of Music and Musicians. He recently completed two books, one on horn teaching at the Paris Conservatoire 1792-1903 (published by Routledge), and a commemorative volume celebrating the 50th anniversary of the IHS. He has released five solo recordings featuring the natural horn and the horn in jazz settings.  Jeff has been principal horn of the Yakima (WA) Symphony Orchestra since 1992. He lives in Ellensburg with his extremely patient wife and two talented sons.