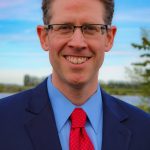 Originally from South Jersey, Justin Raffa received a bachelor’s degree in music education with a vocal concentration from Westminster Choir College in Princeton, New Jersey. Justin began his professional career in Bisbee, Arizona, where he taught high school choir and drama and directed the Bisbee Community Chorus. He went on to complete a master’s degree in choral conducting at the University of Arizona in Tucson. Justin is in his fifteenth season as Artistic Director of the Mid-Columbia Mastersingers in the Tri-Cities and currently serves as the Chair of the Board of the Washington State Arts Commission. Justin has sung with choral ensembles all over the country, and he currently sings with Male Ensemble Northwest and Chor Anno, two regional ensembles made up of professional choral musicians in the Pacific Northwest. 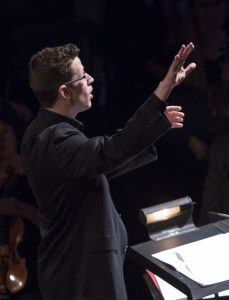 Justin is a passionate advocate for the arts, and the City of Richland’s Arts Commission honored him with its 2011 award for Outstanding Individual Contribution to the Arts. He is a board member of Leadership Tri-Cities and the Richland Rotary Club, and can be seen as a frequent performer and emcee for many charitable events. He has been awarded as the Washington State 2013 Outstanding Emerging Choral Conductor, the Columbia Basin Music Educators Association 2014 Friend of Music, and is a graduate of Leadership Tri-Cities Class XIX. Justin lives with his partner of seventeen years, soprano and voice teacher extraordinaire Molly Holleran.