Yakima Symphony Chorus The Yakima Symphony Chorus was formed in the spring of 1971 by the Yakima Symphony Orchestra’s founding music director, Brooke Creswell, as the official choral ensemble of the symphony. Dr. Scott Peterson led the chorus for 38 years from 1977-2015, during which time the chorus toured Europe and Asia and performed at Carnegie Hall. Justin Raffa has served as chorusmaster since 2015. The chorus rehearses on Monday evenings from September to May and is open to all singers in the community. 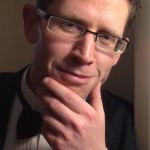 Justin Raffa
Originally from South Jersey, Justin Raffa received a bachelor’s degree in music education with a vocal concentration from Westminster Choir College in Princeton, New Jersey. Justin began his professional career in Bisbee, Arizona, where he taught high school choir and drama and directed the Bisbee Community Chorus. He went on to earn a master’s degree in choral conducting at the University of Arizona in Tucson. Justin is beginning his twelfth season as Artistic Director of the Mid-Columbia Mastersingers in the Tri-Cities and is active in the Northwest Region of the American Choral Directors Association. Justin has sung with choral ensembles all over the country, and he currently sings with Male Ensemble Northwest and Chor Anno, two regional ensembles made up of professional choral musicians in the Pacific Northwest.

Justin is a passionate advocate for the arts, and the City of Richland Arts Commission honored him with its 2011 award for Outstanding Individual Contribution to the Arts. He is a board member of Visit Tri-Cities and Leadership Tri-Cities. He has been awarded as the Washington State 2013 Outstanding Emerging Choral Conductor and recognized by the Columbia Basin Music Educators Association as 2014 Friend of Music. In fall 2016 Justin was appointed to his first term on the Washington State Arts Commission by Governor Jay Inslee after serving a term as chair of the City of Richland’s Arts Commission. Justin lives in Richland with his partner Molly Holleran, singer and voice teacher extraordinaire, and their longhaired dachshund Coda. 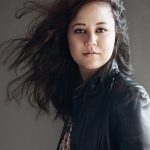 Kimberly Sogioka Praised by Opera (UK) as “…the most opulent female sound on the stage…” young mezzo-soprano Kimberly Sogioka is drawing much attention as an exciting artist on opera and concert stages. This season, Kim performs as a soloist in Heart Mountain Suite with the Yakima Symphony Chorus, sings at St. John’s of Lattingtown’s Opera Night, and performs the role of Stefano in Romeo et Juliette with Mississippi Opera.

Last season, she performed Nicklausse in Les Contes d’Hoffmann with Opera Orlando, Suzuki in Madama Butterfly with Opera in the Heights and Pacific Opera Project, and as a soloist in Heart Mountain Suite with the Whatcom Chorale and Vivaldi’s Gloria with MidAmerica Productions at Carnegie Hall. She also performed in Symphony Silicon Valley’s Misa Tango concert, which explored the style of the Argentine tango in the form of large-scale orchestral compositions as opposed to its origins as dance music. Other recent engagements include Carmen in scenes from Carmen with the Metropolitan Opera Guild; Berta in Il barbiere di Siviglia with Opera Grand Rapids; and productions with Michigan Opera Theater as Siébel in Faust and Suzuki in Madama Butterfly, which she also performed with Northern Lights Music Festival. She also performed the role of Stephano in Roméo et Juliette with Opera Tampa as well as in a new co-production with Opera Carolina, Virginia Opera, Toledo Opera, Lyric Opera Baltimore and Opera Grand Rapids.

A frequent collaborator with composers on new music projects, Ms. Sogioka created the role of Nurse 3 in The Metropolitan Opera and English National Opera workshop of Michael Torke’s Senna, was a mezzo soloist in The Metropolitan Opera workshop of Scott Wheeler’s The Sorrows of Frederick, collaborated with Clint Borzoni in his operas Margot Alone in the Light and Antinous and Hadrian, workshops of Bruce Wolosoff’s The Great Good Thing and Sarah Mattox’s Heart Mountain, and also with Stephen Andrew Taylor in scenes from his opera Paradises Lost with Operamission.

Other performances include the title role in Bizet’s Carmen with the Crested Butte Music Festival as a member of the Marcello Giordani Young Artist Program, Susanna in Corigliano’s The Ghosts of Versailles with the Aspen Opera Theatre Center, Nerone in Agrippina with Operamission, and Dulcinée in Massenet’s rarely performed Don Quichotte with Utopia Opera.

In demand as a concert artist, appearances have included the west-coast première of Mack Wilberg’s Requiem, and performances of Irving Fine’s The Hourglass and An Immorality by Copland with The National Chorale at Avery Fisher Hall, Das Lied von der Erde with the Orchestra Insonica at Paul Hall, as a soloist in Beethoven’s Symphony No. 9, Rossini’s Petite messe solennelle with the Greenwich Choral Society and Mozart’s Requiem with the Camerata New York.  Ms. Sogioka also collaborated with renowned harpsichordist Kenneth Cooper in selections from Bach’s Weihnachts-Oratorium, and she also performed as part of his master class series for the Chamber Music Society of Lincoln Center.

Ms. Sogioka was the first-place winner of the Rochester Oratorio Society’s Classical Idol Competition, as well as winner of the Audience Favorite Award and second-place winner in the New Jersey State Opera Alfredo Silipigni Vocal Competition.  She also made her off-Broadway début in the New York Musical Theatre Festival singing the role of the Evangelist Narrator in Gerald Fried’s Omnia ad Dei Gloriam (Or, Les the Least Straightens the Lord).