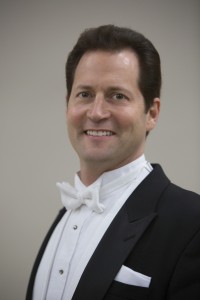 In addition to concerts with the orchestras of which he is Music Director, Golan’s 2018-19 season includes return engagements with the Tucson Symphony Orchestra (for performances of The Nutcracker with Tucson Regional Ballet Company), his debut with Italy’s Orchestra Sinfonica di Sanremo, and leading a summer 2019 production of Mozart’s Le Nozze di Figaro at the Europäisches Musikinstitut Wien. 2018 summer performances included the Yakima Symphony Orchestra’s new concert series at Cave B Summer Music Theater in Quincy, Washington and a sold-out concert with the Bayerische Philharmonie in Munich, Germany.

As a recording artist, Mr. Golan has made several recordings, both as conductor and as a violinist. In 2018, Albany Records released the world premiere Blu-ray disc and audio CD of composer Jiaojiao Zhou’s theatrical symphonic poem Ode to Nature with the Lamont Symphony Orchestra under Maestro Golan and producer Dennis Law. Mr. Golan has recorded three CDs with the Moravian Philharmonic for Albany Records. The most recent, “Tchaikovsky 6 & Tchaikovsky 6.1” featuring the composer’s Symphony No. 6 and the recording premiere of Tchaikovsky 6.1 by Peter Boyer (a work commissioned by Golan), won two Prestige Music Awards. “Funky Little Crustaceans” features orchestral music by Colorado composer William Hill, and “Visions, Dreams & Memories” is a collection of works for Native American flute and orchestra with James Pellerite, former Principal Flutist of the Philadelphia Orchestra. Golan’s recording of Beethoven’s Symphony No. 7 & William Hill’s Beethoven 7.1 garnered two Global Music Awards. As a violinist, Golan recorded “Fantasia” a collection of works for solo violin and “Indian Summer: The Music of George Perlman,” which won two Global Music Awards.

A staunch advocate for music education, Lawrence Golan has been Director of Orchestral Studies and head of the graduate conducting program at the University of Denver since 2001. There he has won eight ASCAP Awards for Adventurous Programming of Contemporary Music, three Downbeat Magazine Awards for “Best College Symphony Orchestra, and The American Prize for Orchestral Performance – Collegiate Division.

An accomplished violinist, Golan served as Principal Second violinist of the Honolulu Symphony Orchestra (1989-1990) and then Concertmaster of the Portland Symphony Orchestra for eleven years (1990-2001), before focusing his career on the podium. He has appeared as soloist with numerous orchestras, including the Chicago Symphony, and continues to perform, primarily to benefit orchestras of which he is Music Director.

As a composer/arranger, Golan’s edition and reduced orchestration of Tchaikovsky’s The Nutcracker is published by Spurwink River Publishing. It is used by orchestras and ballet companies across North America. His scholarly-performing edition of the solo violin works of J. S. Bach, which includes a handbook on Baroque Performance Practice, and The Lawrence Golan Violin Scale System are both published by Mel Bay Publications. Golan’s Fantasia for Solo Violin is published by Ludwig Music and won the Global Music Award for composition in 2011.